How to More Effectively Track Phone Calls in Google AdWords

How to More Effectively Track Phone Calls in Google AdWords

At Sandbox, we run Google AdWords campaigns for several of our clients. That includes search, display and video campaigns. One of the steps we take while working with clients is to measure the results and constantly optimize.

When the goal of a campaign is generating leads, we always ensure we track those conversions which can include phone calls and form submissions. Tracking the latter is straightforward, it is considered a conversion when someone submits a form.

But tracking phone calls is a bit trickier. Typically you can track clicks on a phone link using Google Analytics events. In this case, whenever a user clicks the phone number on a website it triggers an event on Google Analytics, which is in turn linked to Google AdWords. AdWords then treats that event as a conversion.

With Google AdWords search campaigns there is an option to utilize Google’s forwarding numbers feature to better understand the phone calls that come into your business via ad extensions. Once enabled, your ads will display a customized phone number to the viewer. When clicked the call is made to Google forwarding numbers which will in turn forward the call to your business’ real phone number. 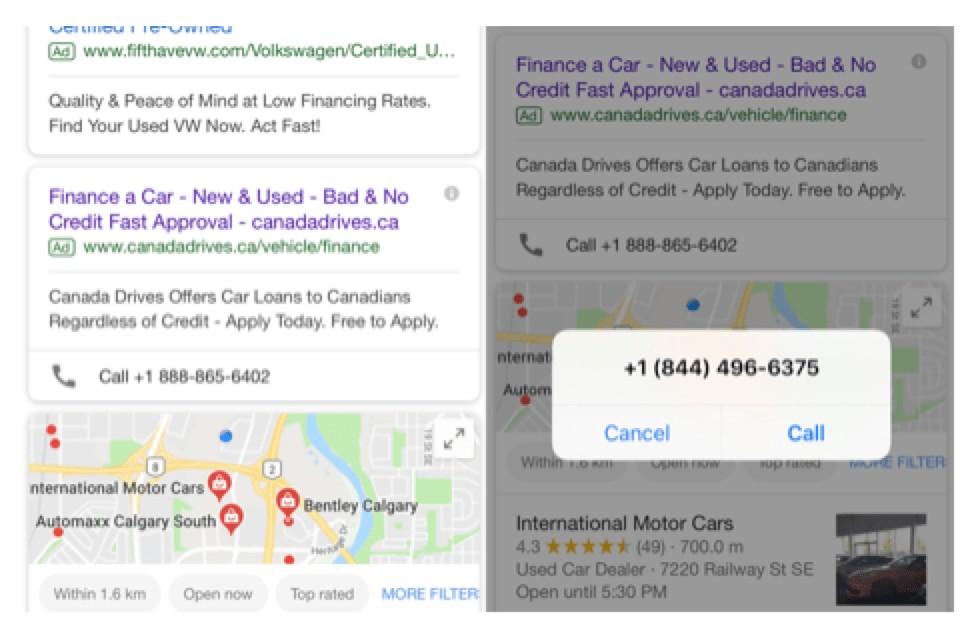 The ad on the left uses Google forwarding numbers. Note the difference between the displayed phone number in the ad, and the number that appears (on the right) when clicked. Calling the number on the right will forward the caller to the business’ actual number on the left. But along the way, advertiser is able to record vital statistics.

Due to the fact that the call is first routed via a Google forwarding number before reaching the business, AdWords is then able to track where the call came from (region code) and how long the call lasted. This allows business owners to understand whether the phone clicks on your ad are coming more from one city than another, and whether that phone click resulted in a real phone call lasting long enough that the caller likely spoke with someone in your business.

Based on this data, your ads can then be optimized accordingly and ideally generate more conversions moving forward.

Google also provides the tools to implement similar functionality for websites. When properly set up, a user that visits your website via an AdWords ad sees a Google number on the landing page instead of the business’ actual phone number.  Clicks or calls to that number will end up being forwarded to the business through Google’s forwarding number, and the business owner will be able to see the same useful statistics such as the call duration.

Implementing this change is pretty straightforward but requires editing your website’s code. After its done, you’ll be able to see which AdWords keywords lead to phone calls and make changes to your campaigns accordingly. 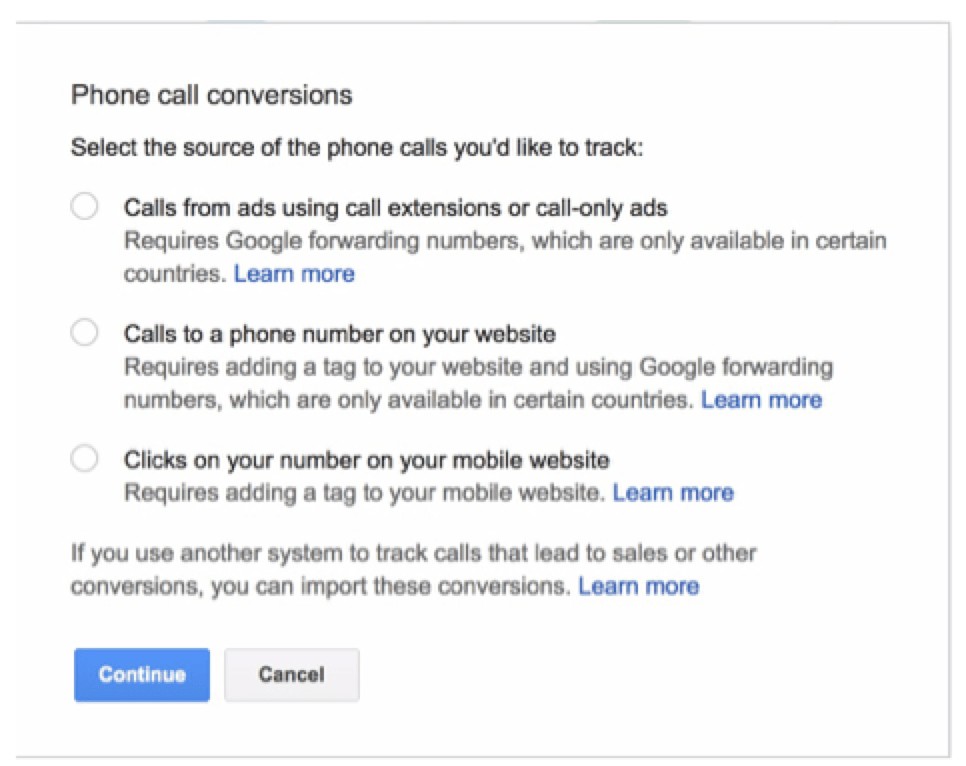 At Sandbox, we take measuring very seriously, it is the cornerstone in running a successful marketing campaign. By measuring key metrics, we make changes to the ad creative, targeting, and placements in order to be able to get more conversions for fewer dollars.

How We Help
Learn more about how Sandbox Brand Marketing can drive more leads to your business with digital advertising and effective tracking methods.
By Coty Walker|2020-09-30T14:17:38-06:00March 19, 2018|Digital, Marketing|0 Comments

About the Author: Coty Walker

“From my experience on the other side of the table, I value those consultants more. The ones that would challenge me, or show me a different perspective, or that there is a better way.”